Despite the fact that it was specifically a red eye flight, my carrier (Hong Kong Express) didn't really seem to notice that it was the middle of the night. They kept the cabin lights on at full glare. At 3am they came and offered us soft drinks. The seats were extremely hard backed and not made for someone of my height. Needless to say I didn't sleep very well.

I arrived in Tokyo at 4:30am, which is just about too early to do anything; except one thing: I headed straight for Tsujiya fish market, the only place in Tokyo that is open at this god forsaken hour. Open and bustling! There's a famous sushi restaurant with a huge 2 hour line by the time I get there at 6am, I'm waiting in it for about 10 minutes when the hostess calls out "are there any parties of one?" I raise my hand an immediately get brought to the front of the lien and sat down inside. There are a great number of benefits to traveling alone and this is one of them.

The restaurant is omakase only, which if you don't know, means "chefs choice". I paid 35 bucks and had about 12 pieces of sushi made right there for me. I can say that not only was this the best sushi meal I've ever had but that it was honestly orders of magnitude better than the next best one. I would imagine that it would cost me several hundreds of dollars to have another meal of this quality elsewhere, even in Tokyo.

By the time I'm finished eating and have hunted down a cup of coffee I think it's late enough (8am) to go drop my bags off at my hostel. I do so then wander over to Shibuya, one of the more famous districts of tokyo, known for the most busy crosswalk in the world, or whatever. I wander around and explore the shops and the neighborhood. I walk down to Ebisu, which is a little fancier and more subdued, then through Harajuku, which is crazy busy and full of people dressed as ridiculous Japanese subcultures, then up to Shinjuku. Eventually I make my way back to my hostel and promptly pass the fuck out.

The following day I walked down to Ahikabara which was about an hour from my hostel and is known as "The electronics district". There I saw some massive Japanese electronics stores (think of best but or fryes, but are 9 stories tall). I also saw lots if mega-arcades that are about the same size. They have whole floors dedicated to rhythm games; watching Japanese people play them is a sight to behold.

After that I walked down to the old imperial gardens. There used to be a big castle here but at some point it burned down and they never bothered to rebuild it so it's basically a huge garden surrounded my an impressive moat. It was here that I was finally able to articulate my love of Japanese Landscape Architecture, it's so simple: rocks, grass, trees, bushes. They don't fuck around with flowers or elaborate displays. That being said, totally unintentionally, I ended up in Japan during the Cherry Blossom…blossoming. They are all over the place and super beautiful.

That night for dinner I had a bowl of ramen. If you've never had Japanese ramen you're probably imagining the $0.40 cup of noodles you used to eat when you were super broke in college. However, like all food-related things, japan takes ramen very seriously, and it shows, it's goddamned delicious. 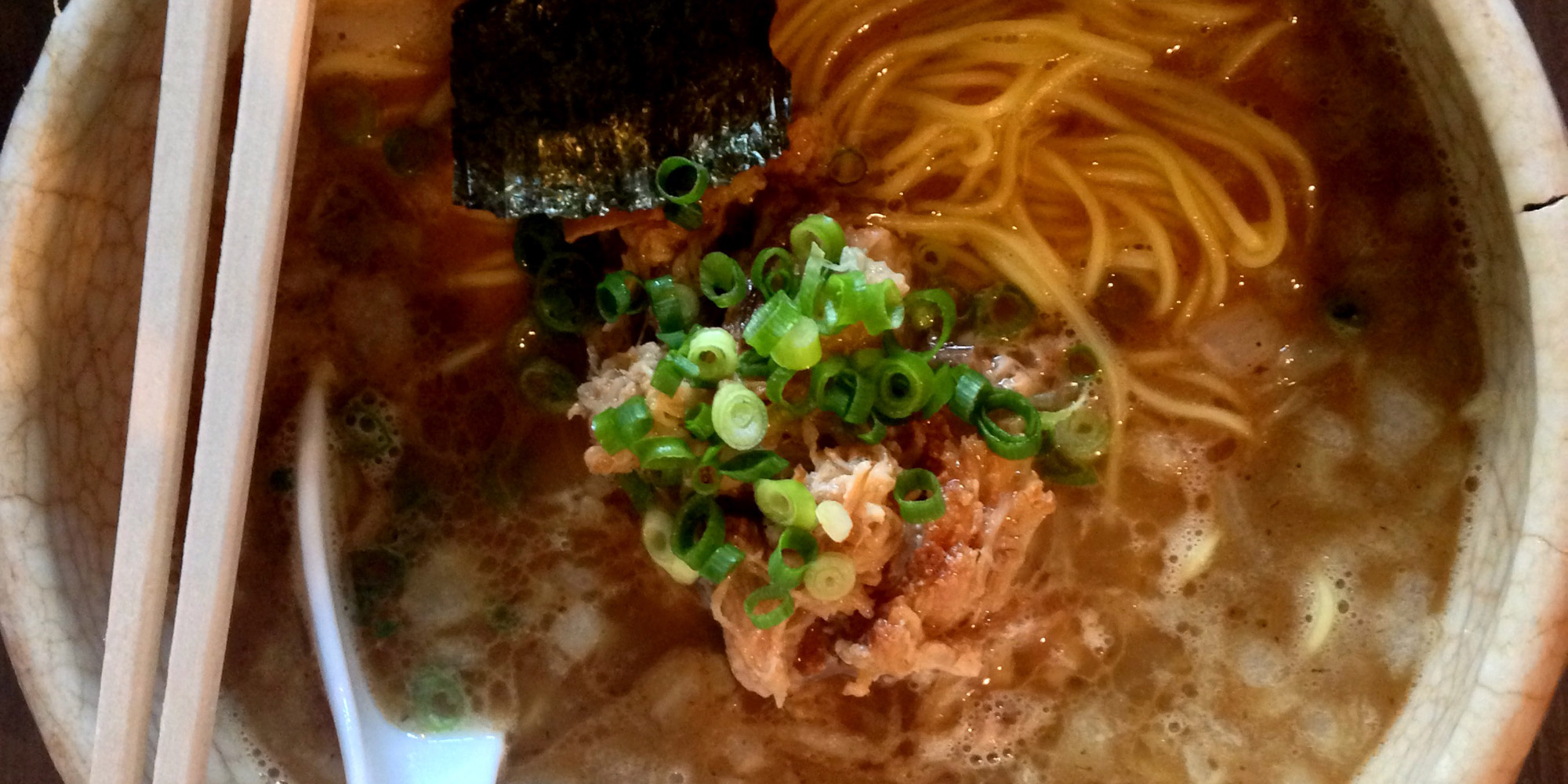 After I ate my ramen I had to go back and move hostels, my hostel was only free for one night, so that night I had to move to a capsule hotel. Honestly it wasn't that much different from a hostel: communal relaxation rooms/bathrooms, and the capsules are very similar to bunk beds. Mine's mattress however was extremely hard, even for Asian standards.

I hadn't been on a hike in several days at this point and I was missing it. Unfortunately Tokyo doesn't have any big mountains smack in the middle of it like Hong Kong so I had to improvise a bit. But first, a little bit about trains in Tokyo:

There's no doubt, Tokyo has the best and most extensive subway system in the world. Seriously, take a look at the map. As you might imagine, it can be pretty overwhelming, at least 5 different companies own trains/tracks and it's not always obvious who owns what and if you can transfer etc etc. luckily you can buy a rechargeable multipass that works on all of them; and google maps will give you solid instructions. JR is the national rail, and the most famous of all the train lines in Tokyo is the JR Yamanote loop. It's above ground, and it passes by basically all of the most important location in inner Tokyo. The whole Yamanote loop is about 50km. I decided to follow it. 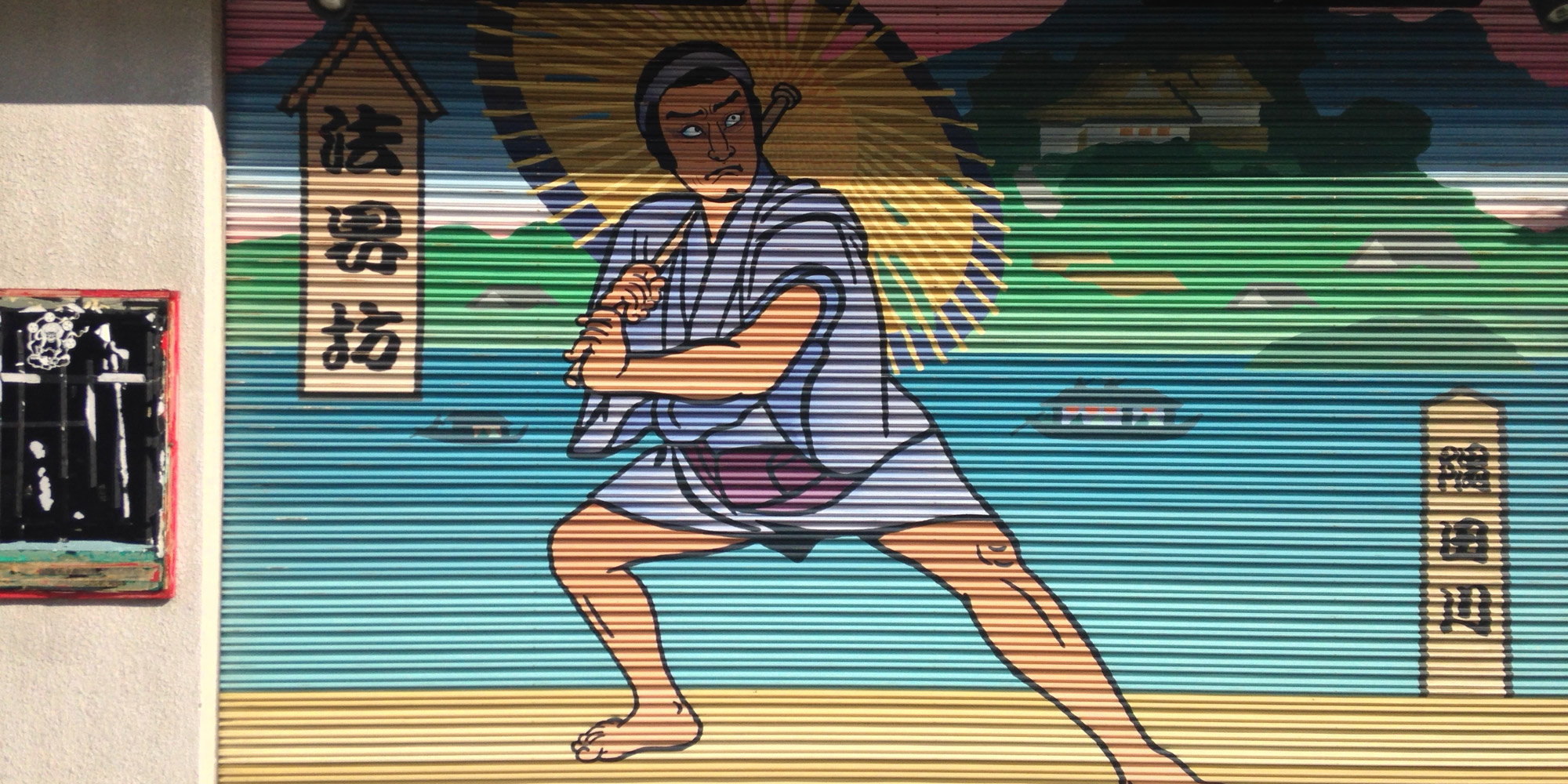 Obviously I didn't actually walk on the tracks, but I followed nearby as best I could; it was easier said than done in certain locations, and other parts I deliberately went astray because it looked more interesting. I started at 9:30am and finished almost exactly at 9:30pm. It turns out I walked just over 27 miles, which officially made that day the furthest I've ever traveled in a single day using only my own body (before that it was the 2011 LA Marathon). Halfway through I stopped at another Ramen joint that my friend Nick said was his favorite ever. It was damn good. I slept like a rock that night despite my terrible capsule bed.

When I was in Hong Kong I bought a JR pass, which is kind of like a Eurail pass, it gives you unlimited train travel for a certain period of time. There's a few caveats; if you are Japanese or living in Japan long term you can't buy them, nor can you actually buy them within Japan. The next day I took mine to the train station to activate it, and then took the train to a small town called Takayama. I spent a night there relaxing and the next morning visiting a reconstructed ancient town. The real highlight though was the train ride up there, the views were incredible. Then I headed for Kyoto; I'd be back in Tokyo at the very end of my trip.